UK: For people with irreparable rotator cuff tears, arthroscopic debridement was superior to the same surgery done with the InSpace device, says an article published in The lancet.

New surgical techniques can endanger patients and should be thoroughly evaluated before they are widely used. The InSpace balloon (Stryker, USA) is a novel surgical gadget used to treat people with irreparable rotator cuff tears. As a result, Andrew Metcalfe and his colleagues set out to test the efﬁcacy of the InSpace balloon for individuals with irreparable rotator cuff tears.

This was a group-sequential, double-blind, adaptive randomized controlled trial conducted in 24 UK hospitals, comparing arthroscopic debridement of the subacromial space with biceps tenotomy (debridement only group) to the same procedure but including the insertion of the InSpace balloon (debridement with device group). Participants had an irreversible rotator cuff injury that had not healed with conservative therapy and symptoms that necessitated surgery. Eligibility was confirmed intraoperatively before participants were randomly assigned (1:1) to a treatment group using a remote computer system. The group assignment was kept a secret from both the participants and the assessors. Masking was accomplished by utilizing similar incisions for both treatments, blinding the operation note, and providing a uniform rehabilitation regimen independent of group assignment. The Oxford Shoulder Score at 12 months was the primary outcome.

The key findings were as follows:

3. At the first intermediate analysis, a preset stopping threshold was reached, and recruitment was halted with 117 individuals randomly assigned.

5. The researchers collected main outcome data from 114 (97%) of the participants.

7. In terms of adverse occurrences, there was no variation between the groups.

In conclusion, this study’s findings favored the debridement-only group. The InSpace balloon is not recommended by researchers for the treatment of irreversible rotator cuff injuries. 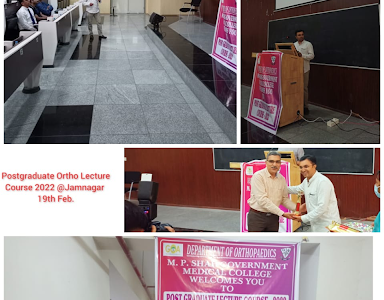 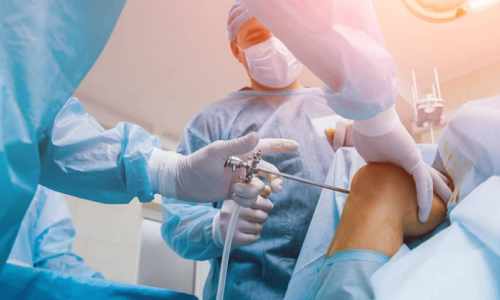 Candidate should be MS (Ortho) and or DNB(Ortho) from recognized University in India Be eligib ..

Invited as National faculty @ For Knee Arthroscopy ‘Basic to Advance workshop’ on 1st May 2022. @ Rajkot.